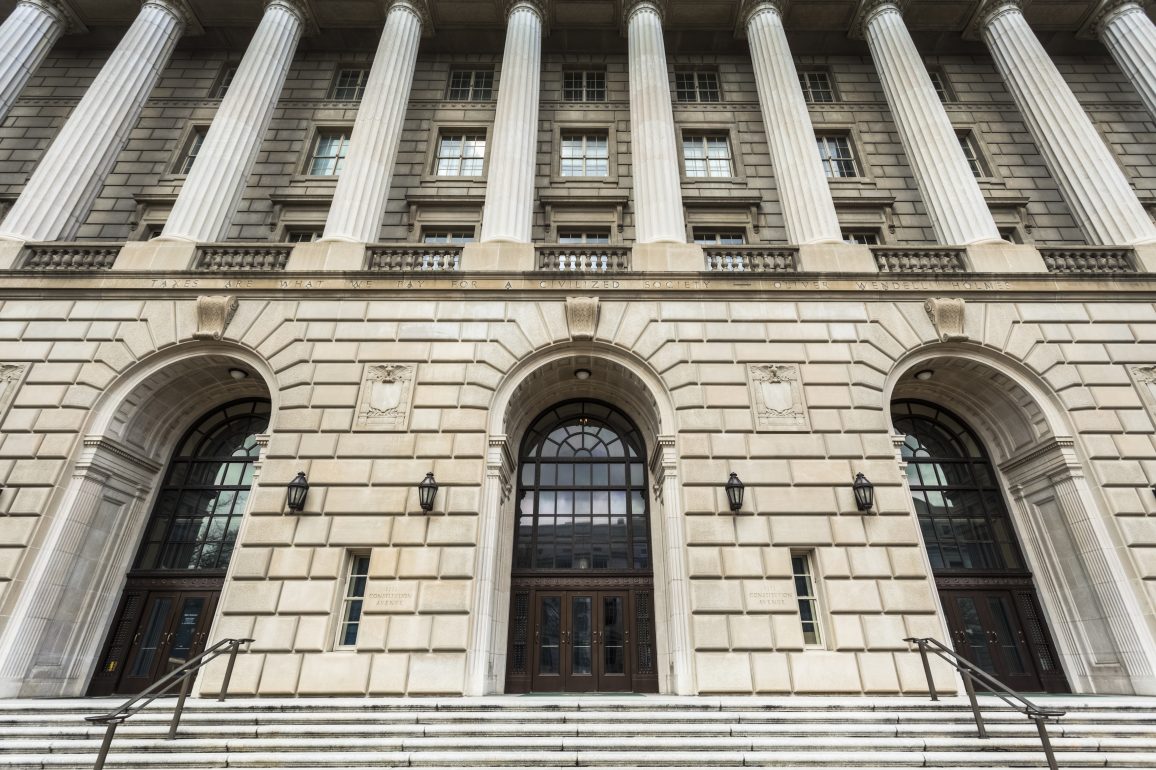 The Tax Cuts and Jobs Act signed into law at the end of 2017 has made many significant changes to both corporate and personal tax laws. These changes, including the nearly doubling of the standard deduction for both individuals and couples, has many contemplating how they can still take advantage of the tax benefits associated with charitable investment. Charities that rely heavily on individual donations are also assessing how tax reform will impact the critical services they provide in their communities.

The new standard deduction for individuals is now $12,000, and for couples filing jointly, it is $24,000. This means that a couple likely will not deduct their charitable donations if their total itemized deductions are less than $24,000.

With the help of Greater Horizons’ donor-advised funds and a tax strategy known as bunching, you can continue to consistently support your favorite 501(c)(3) public charities while still reaping the benefits associated with giving. In the simplest terms, you can contribute multiple years’ worth of donations to your donor-advised fund to exceed the standard deduction in that year, benefiting from the tax savings associated with deducting charitable contributions. You can then use the assets in the donor-advised fund to consistently support your favorite charities even in years when you do not make any new charitable contributions to your donor-advised fund and take the standard deduction.

The chart below outlines bunching for a married couple, filing jointly, who typically gives $5,000 each year to charity. In this example, the donors itemize every third year by bunching their $5,000 annual donations into a $15,000 charitable contribution to their donor-advised fund. These donors then take the standard deduction in the off years. In the meantime, they can continue to grant money from their donor-advised fund to charities, maintaining their same level and frequency of monetary support. 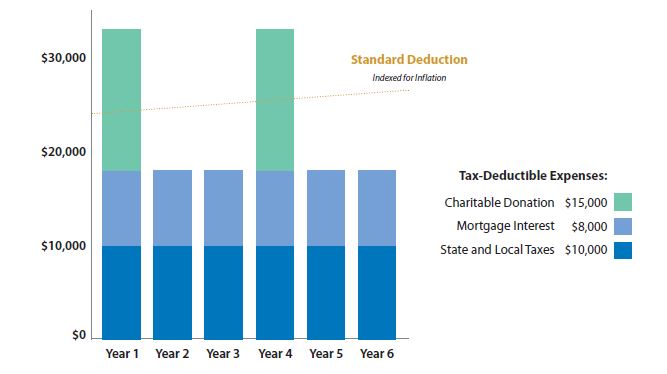 Bunching, also known as leapfrogging, clumping, or looping, is beneficial for the donor and for the charities that they support. Without a donor-advised fund, an individual or couple would likely have to make a large, lump-sum donation to a charity every few years, leaving the charity without those funds they previously received annually.

For those who give at a higher level each year, your tax deduction is now more valuable under the Tax Cuts and Jobs Act. You can now deduct a cash gift in a single year as long as the gift does not exceed 60 percent of your adjusted gross income (AGI) – up from 50 percent under the prior tax law. The new legislation has also suspended the Pease Limitation, which under the prior law, reduced the total amount of deductions a high-income-earning individual or couple could claim on their tax return.

Greater Horizons does not provide tax, legal or accounting advice. You should, of course, work closely with your individual financial advisor and tax professional to determine how you can continue financially supporting nonprofits while maximizing your giving with a donor-advised fund.